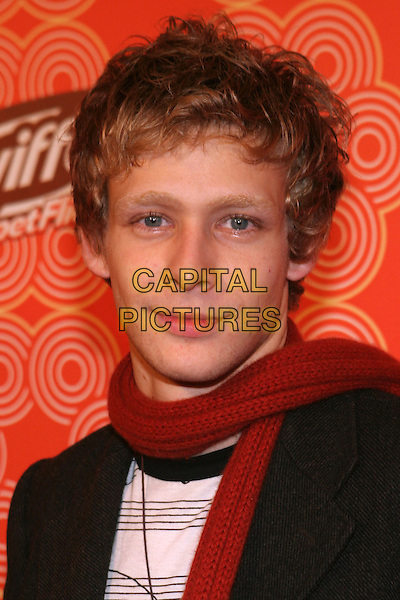 27 September 2012 - Los Angeles, California - Johnny Lewis, 'Sons Of Anarchy' Actor Found Dead after jumping or falling from a roof. Lewis is reportedly a suspect in the murder of a 70-year-old woman who may have been renting a room to Lewis at the time of both of their deaths..File Photo: 24 October 2005 - Hollywood, California - Johnny Lewis. FOX Fall Casino Party held at the Cabana Club. .portrait headshot red scarf .CAP/ADM/ZL.© Zach Lipp/AdMedia/Capital Pictures.