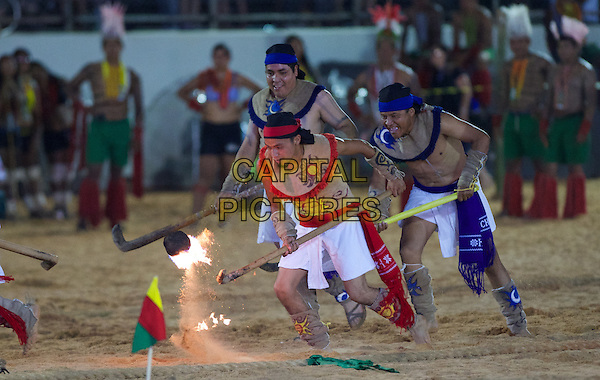 The Perupecha people of Mexico show the fire ball game, the 'Pelota perupecha', a game their people used to play 3,500 years ago, the game similar to hockey was displayed during the closing ceremony of the First World Indigenous Games this weekend. It has been announced the next will be hosted by Canada in 2017. The first World Indigenous Games in Palmas, Brazil. Some 2,000 athletes from 24 Brazilian indigenous ethnic groups and 23 countries entered the event. October 2015
CAP/CAM